Jenny Doan demonstrates how to make a beautiful quilt using a bit of white yardage and 2.5-inch strips of precut fabric (jelly rolls). She used "Fiorella" Pixie Strips by RJR. This quilt was inspired by a single antique block Jenny purchased online. Boy, was she surprised to discover a beautiful secondary block that appeared when she pieced together all her recreated blocks! This quilt is quick and easy with half square triangles cut from strip sets that are then made into pinwheels and other simple units. 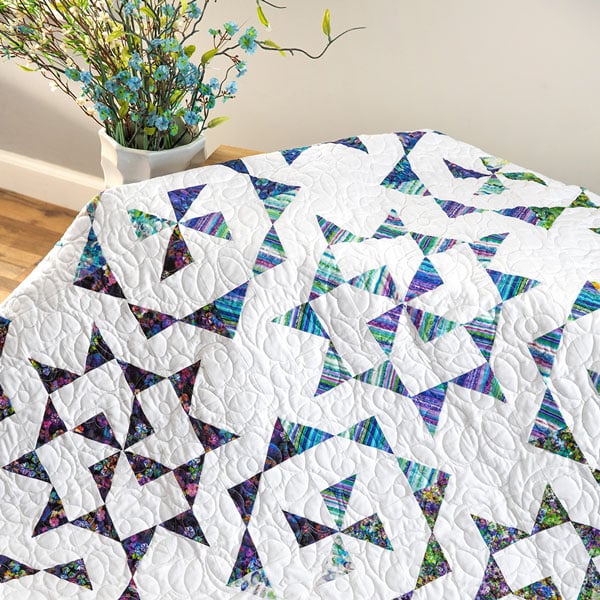