with
Jenny Doan
Quilt Size: 91' x 91"
Jenny Doan demonstrates how to make a beautiful Calico Star quilt using 10 inch squares of precut fabric (layer cakes). For this project, Jenny chose Fantasy 10" Squares by Sally Kelly for Windham Fabrics. Learn how to make quick and easy half square triangles using the easy 8 method, then watch Jenny square those half square triangles in a flash using a Clearly Perfect Slotted Trimmer. All those half square triangles are made into broken dishes blocks, chevron blocks, and square in a square blocks. Put 'em all together in one big nine patch, and you have a gorgeous Calico Star!
Print Supplies List
Supplies list 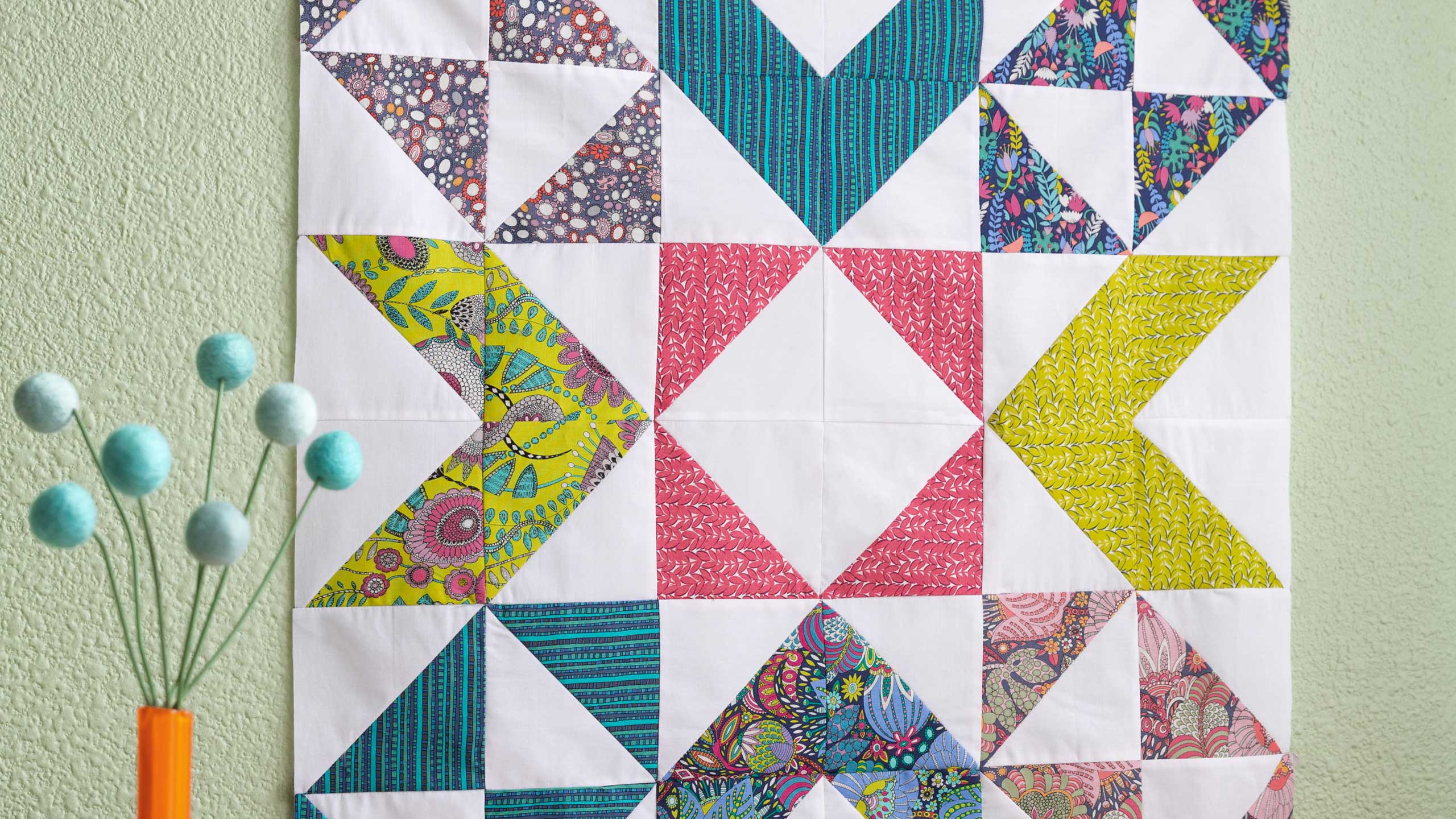