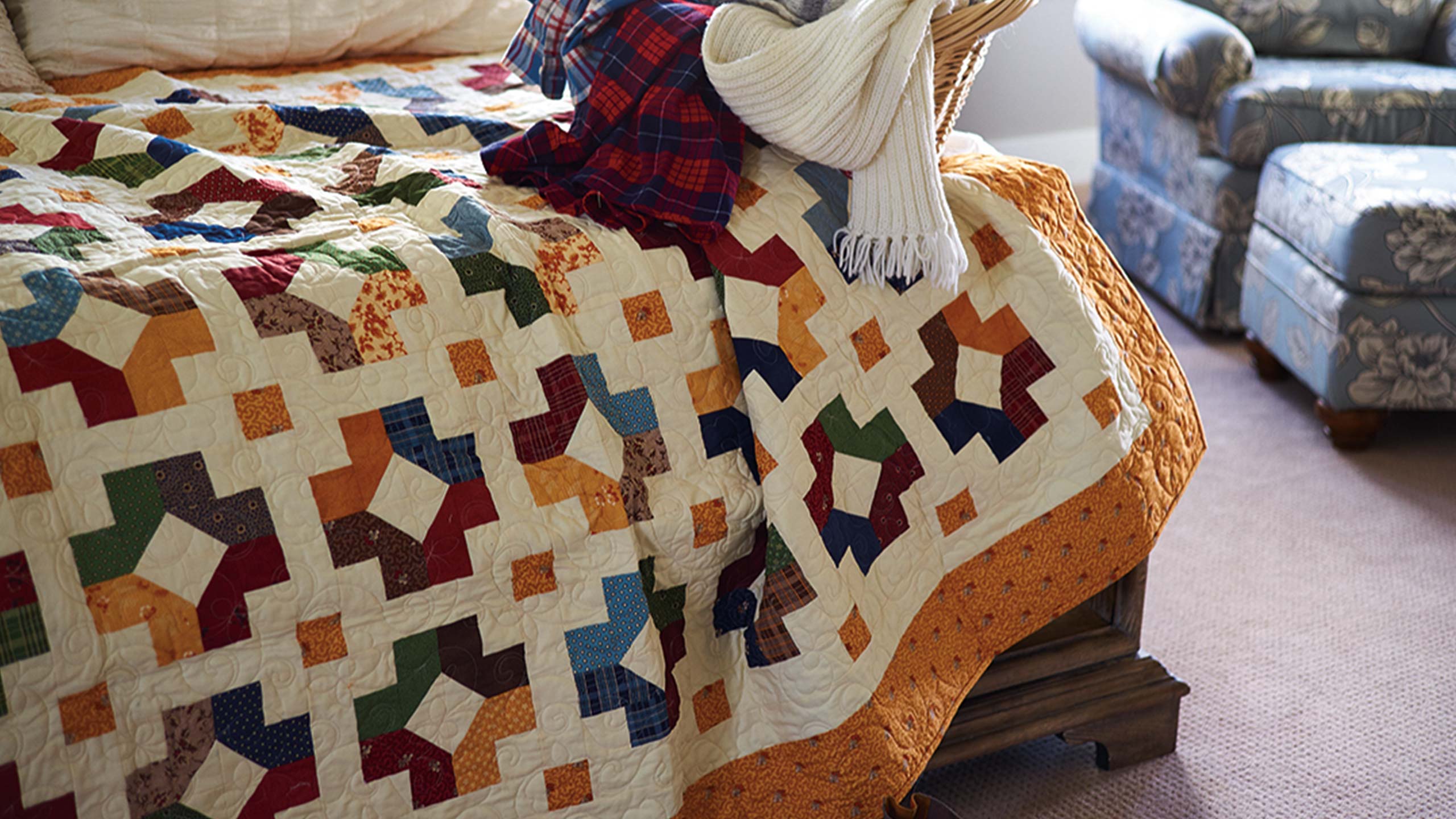 So how we put ours together is we used a sashing in between which means whatever size your block ends up, that’s the size you’re going to cut your sash. And we have, I have one here where I’ve sewn the sash on. Right here. And you can see, see the sash just attaches and then you’re going to attach your blocks to it just like this. You’re going to make a long row of them. And then when you’re ready to do your, your sashing in between, you’re going to go ahead, again and take the sashing size is the same size as your block, with your little corner square. And the corner square is also the same size. So if your block sashing is 2 ½ which ours is, then your corner block is going to be a 2 ½ inch square. And it’s going to go right in the middle there, just like that. So let’s look at the quilt behind me so I can show you on this. So here’s our sashing strips in between. When you sew a whole row together with sashing strips then you’re going to come back in and you’re going to add this little sashing row right here. Where it starts and ends with a cornerstone as well. You’re going to put one all the way across the top and down the sides as well. So then you’re going to add this little 2 ½ inch border and your final border as your end. Now we’ve got one, two, three, four, five, six blocks. Six by seven. 42 blocks in all is what you’re going to get. And it just makes a beautiful quilt. This is one that’s fun to try in all different types of colors. I mean it’s just really a fun old fashioned block. So we hope you enjoyed this tutorial on the Susanna block from the MSQC.