with
Jenny Doan
Quilt Size: 69" x 78"
Jenny demonstrates how to make a beautiful From the Heart quilt using 5 inch squares of precut fabric (charm packs). For this project, Jenny chose a Lava Batik Solids - Flirt Charm Pack by Anthology for Anthology Fabrics. Other supplies include: Pigma Micron pens, Heat N Bond fusible interfacing, and the Missouri Star Half Heart Template by Missouri Star Quilt Co. This quick and easy applique project can be hand appliqued or stitched on a sewing machine. We're making it all in pink to show support for Breast Cancer Awareness Month, and we love the idea of writing encouraging messages on these little heart blocks.
Print Supplies List
Supplies list 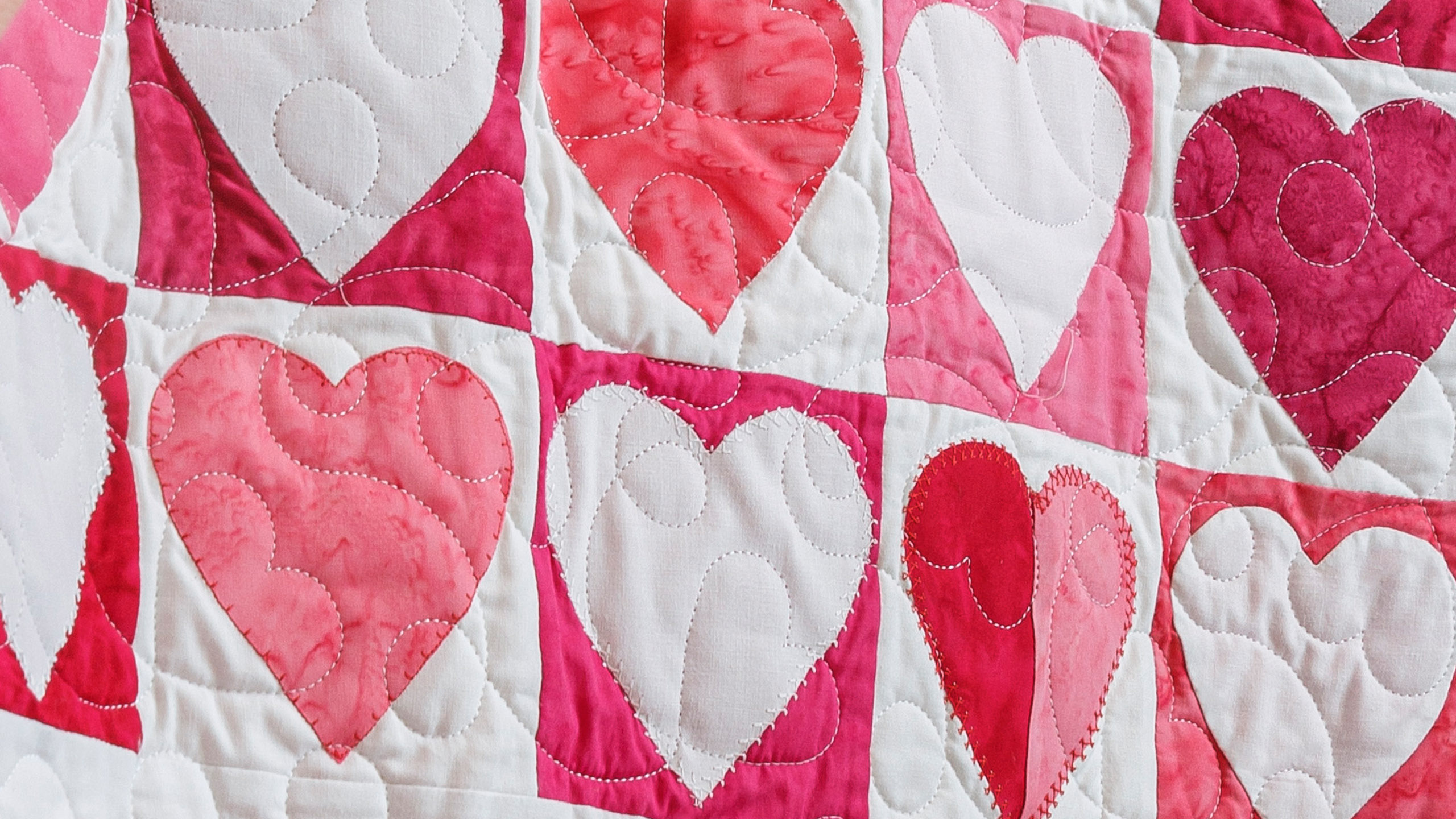