with
Jenny Doan
Quilt Size: 79" x 96"
Jenny Doan demonstrates how to make a beautiful Good Fortune quilt using 10 inch squares of precut fabric (layer cakes). For this project, Jenny chose Jane Austen at Home 10" Stackers by Riley Blake. (Believe it or not, Good Fortune is actually a disappearing 9 patch with a cute, snowballed sashing strip in the middle of the block. So easy and fun!)
Supplies list 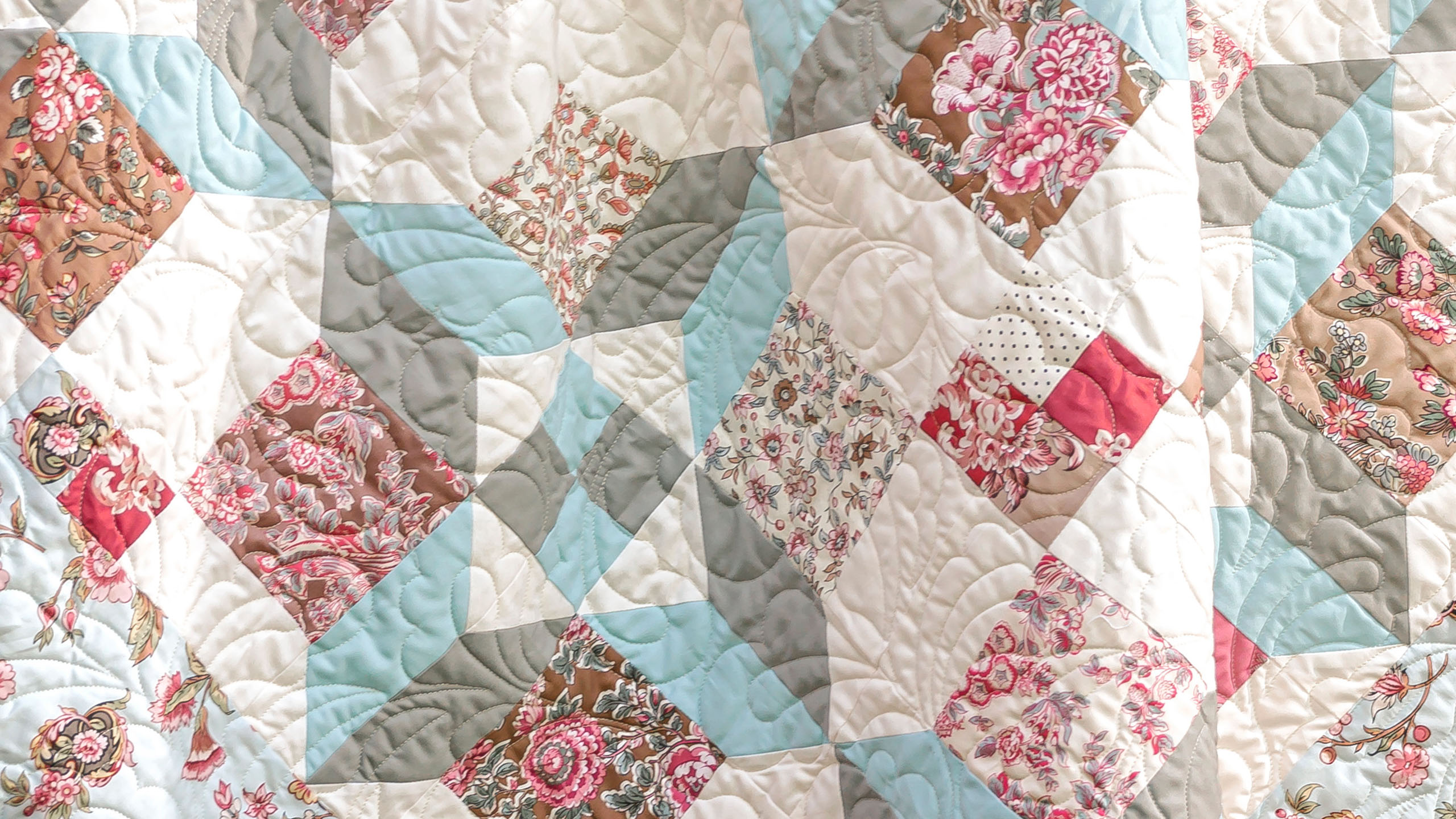