with
Jenny Doan
Quilt Size: 66" x 77"
Jenny demonstrates how to maker a show-stopping Handy Dandy quilt using 2.5 inch strips of precut fabric (jelly roll). For this project, Jenny chose Forecast Batiks by Ebony Love for Island Batik. She uses Clearly Perfect Slotted Trimmer A and Clearly Perfect Slotted Trimmer B to quickly trim and square each block. The Handy Dandy quilt is an old-fashioned favorite that is known by many names, including Handy Andy, Mrs. Jones' Favorite, and Foot Stool or Footstool. It's made up of easy half-square triangles, quarter square triangle hourglass blocks, and a gorgeous piano key border.
Print Supplies List
Supplies list 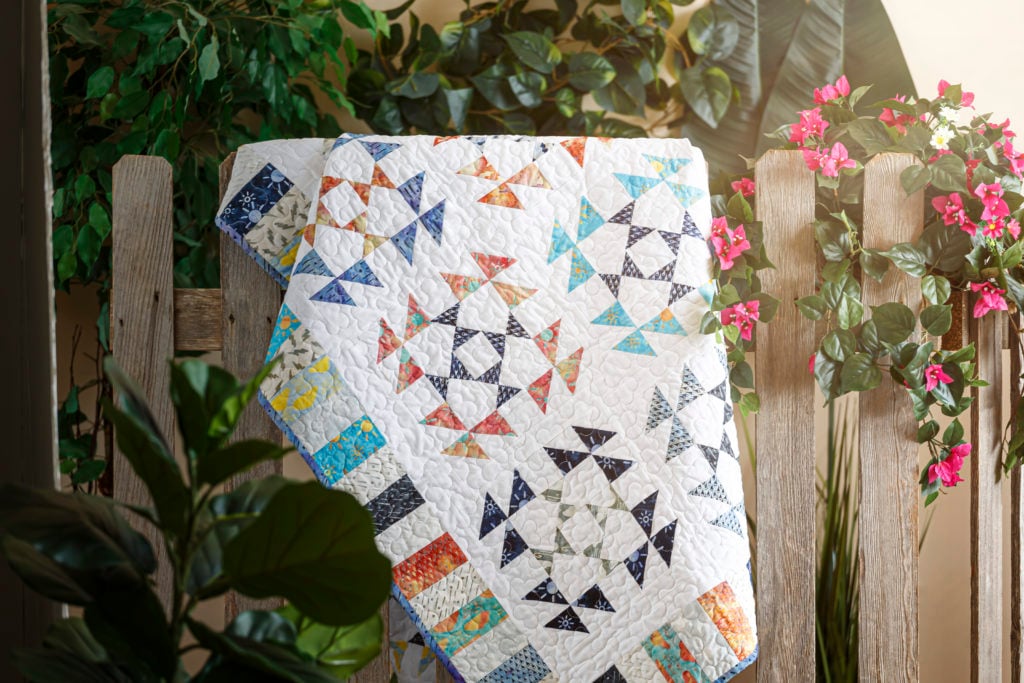