with
Jenny Doan
Quilt Size: 65" x 65"
Jenny Doan demonstrates how to make a gorgeous Hopscotch quilt using 2.5 inch strips of precut fabric (jelly rolls). For this project, Jenny chose Petal Party Batiks Strips by Kathy Engle for Island Batik. She starts with an easy 9 patch made from strip sets. Then she adds a simple, pretty border on each block. When they're all put together, a secondary four patch block appears!
Print Supplies List
Supplies list 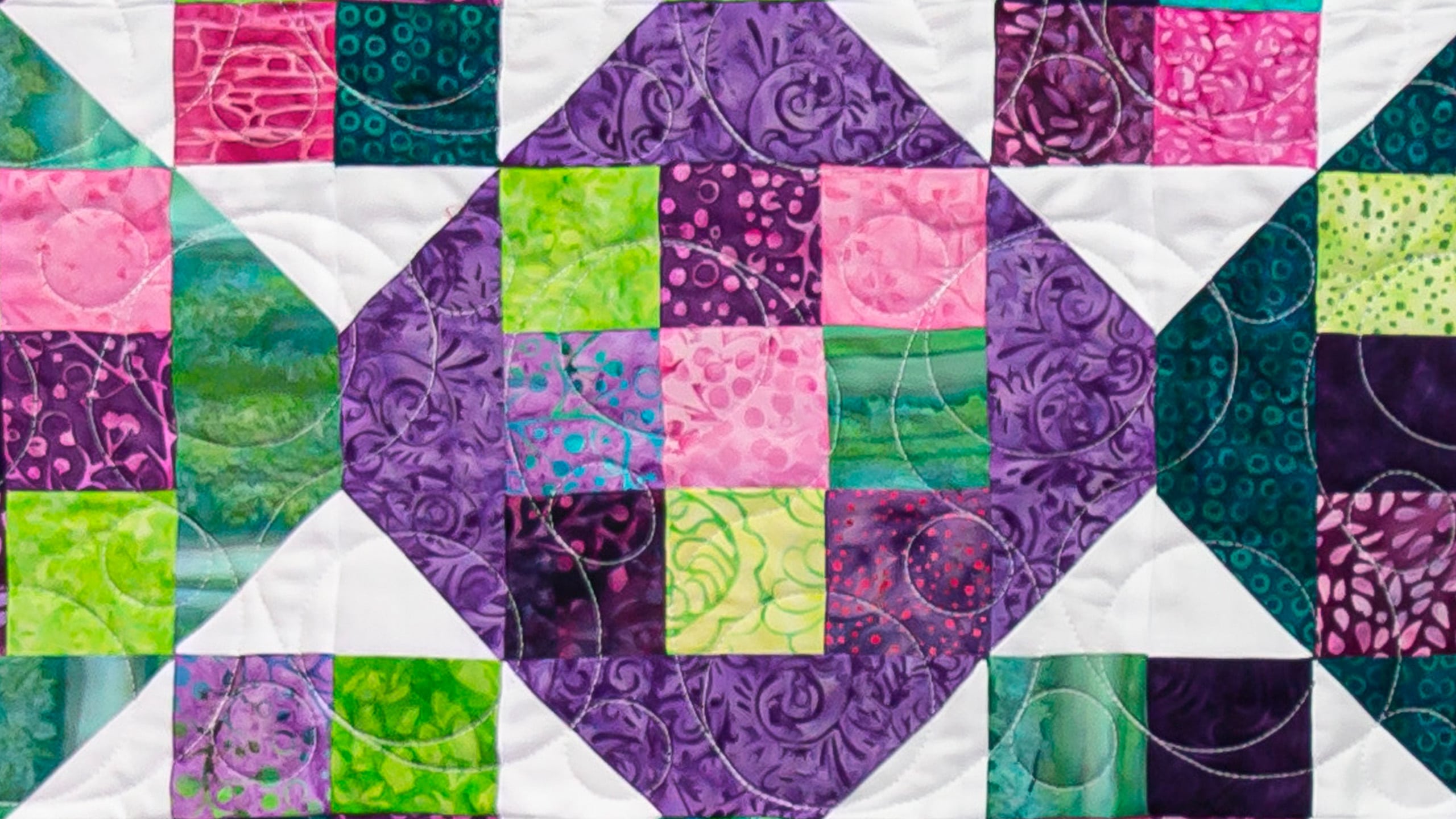