Lady of the Lake Quilt Tutorial

Lady of the Lake Quilt Tutorial

with
Jenny Doan
Quilt Size: 70" x 70"
Jenny Doan demonstrates how to make a stunning 2-color quilt called "Lady of the Lake." This quilt is made with 10 inch squares of precut fabric (layer cakes). Jenny chose to use the 2021 Kona Color of the Year: Horizon. It's a beautiful shade of sky blue that pairs perfectly with bright white. This is an antique quilt pattern that dates to the early 19th century, but Jenny has made it quick and easy with nothing but half-square triangles. In this video, you will learn two easy ways to square your blocks using the Bloc Loc Square Up Ruler and the Clearly Perfect Slotted Trimmer.
Print Supplies List
Supplies list 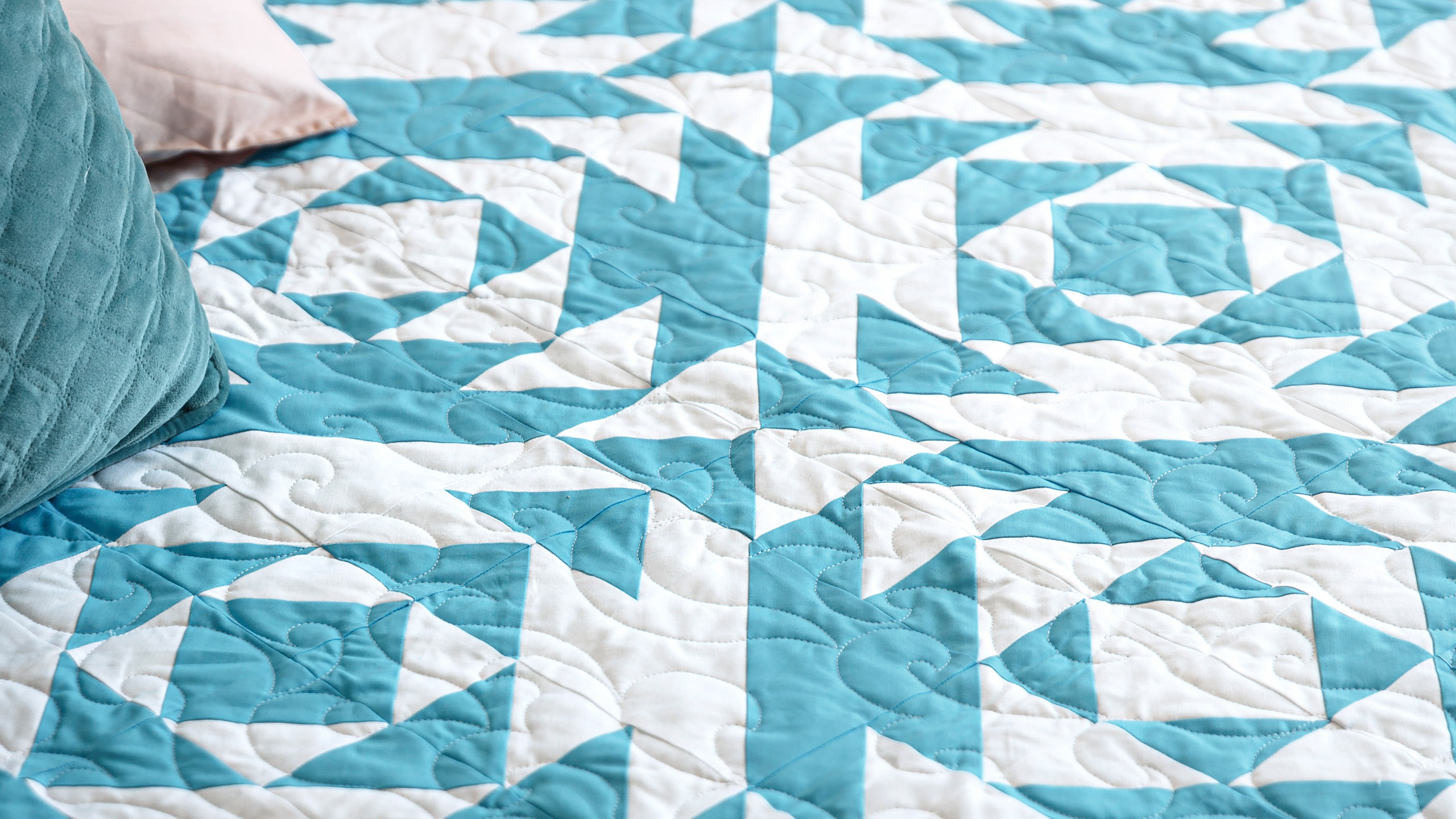