Quilt Size: 40 x 60
Time: 16 Minutes
I have to admit, this project did not originate in my own imagination. I actually got the idea from Jenny Doan of Missouri Star Quilt Co. Piecing isn’t usually my thing; I’m more of an applique guy, but these “disappearing” blocks set my creative juices on fire. This quilt is easy, intricate, and just plain awesome.
Print Supplies List
Supplies list 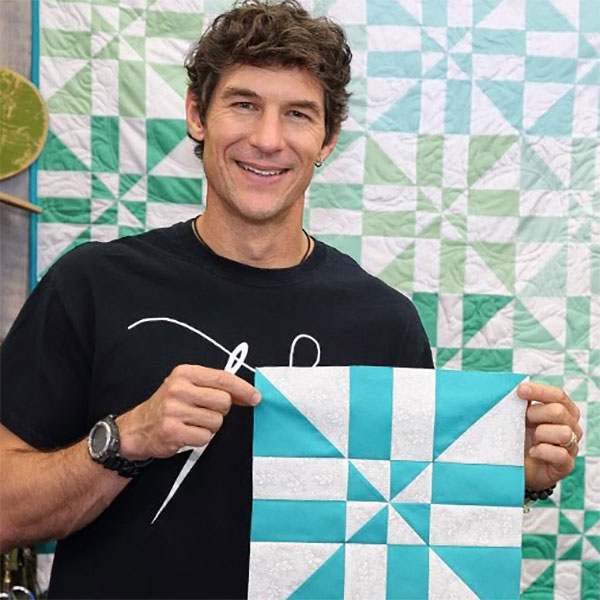