with
Jenny Doan
Quilt Size: 65" x 65"
Jenny Doan demonstrates how to make a lovely Pinwheel Frolic quilt using 5 inch squares of precut fabric (charm packs). For this project, Jenny choose bright and cheery Whimsy Daisical Charm Packs by Keri Schneider for Blank Quilting. This quick and easy quilt is made with basic half-square triangles. Best of all, watch to the end for a bonus matching pillowcase with a pretty cuff and flange! This "burrito pillowcase" pattern is so simple and fun, it's a perfect project for sewing with kids!
Print Supplies List
Supplies list 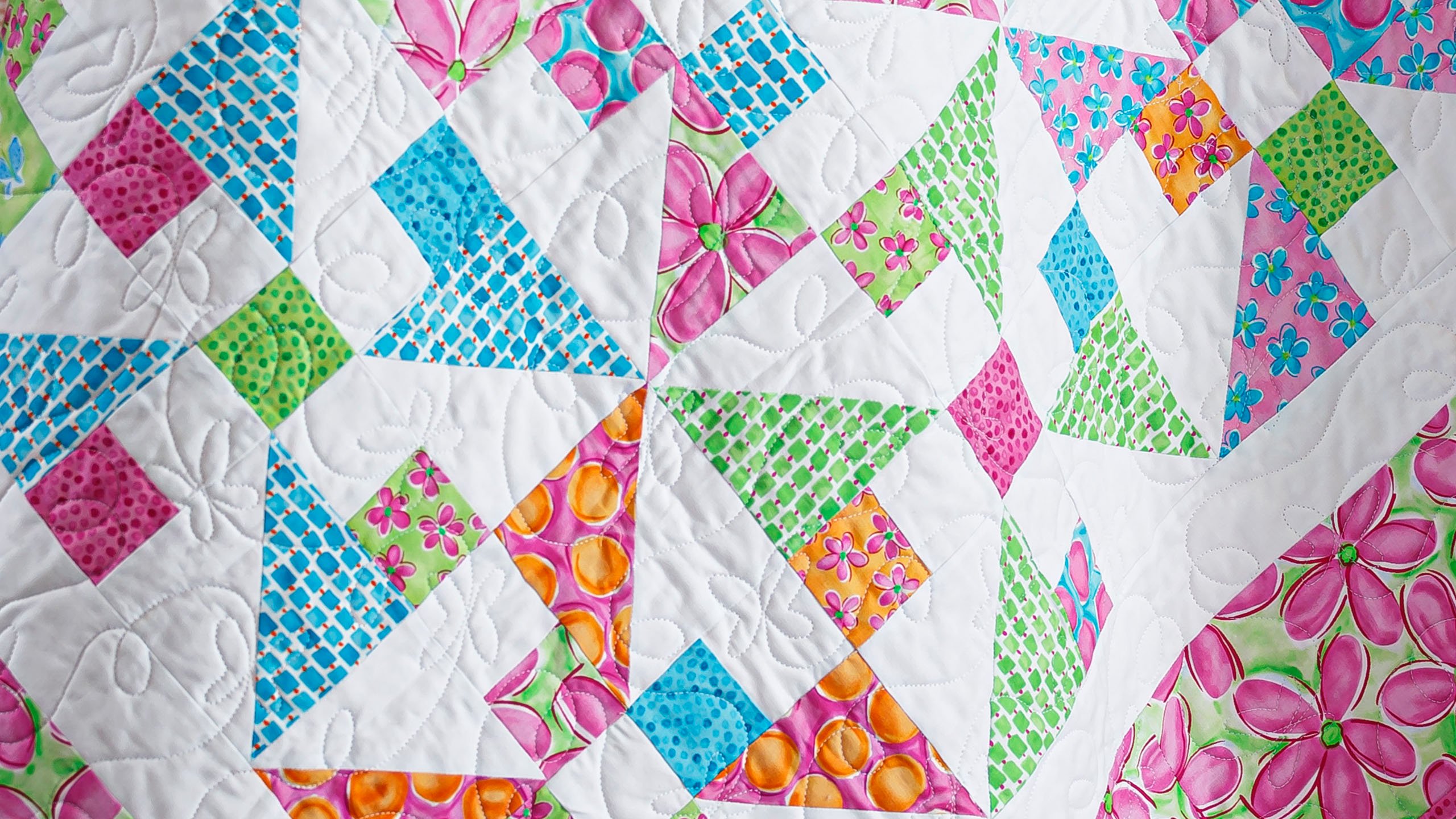