with
Jenny Doan
Quilt Size: 59" x 59"
Jenny demonstrates how to make a gorgeous Playground quilt using 10 inch squares and 2.5 inch strips of precut fabric. For this project, Jenny used a white jelly roll and a "30's Playtime" Layer Cake by Chloe's Closet for Moda Fabrics. This impressive quilt is a breeze to make with flying geese, square in a square, and snowballed corners. It's sometimes known as Swing in the Center. Keep an eye out for our best tips for razor-sharp points--you'll never lose another point!
Print Supplies List
Supplies list 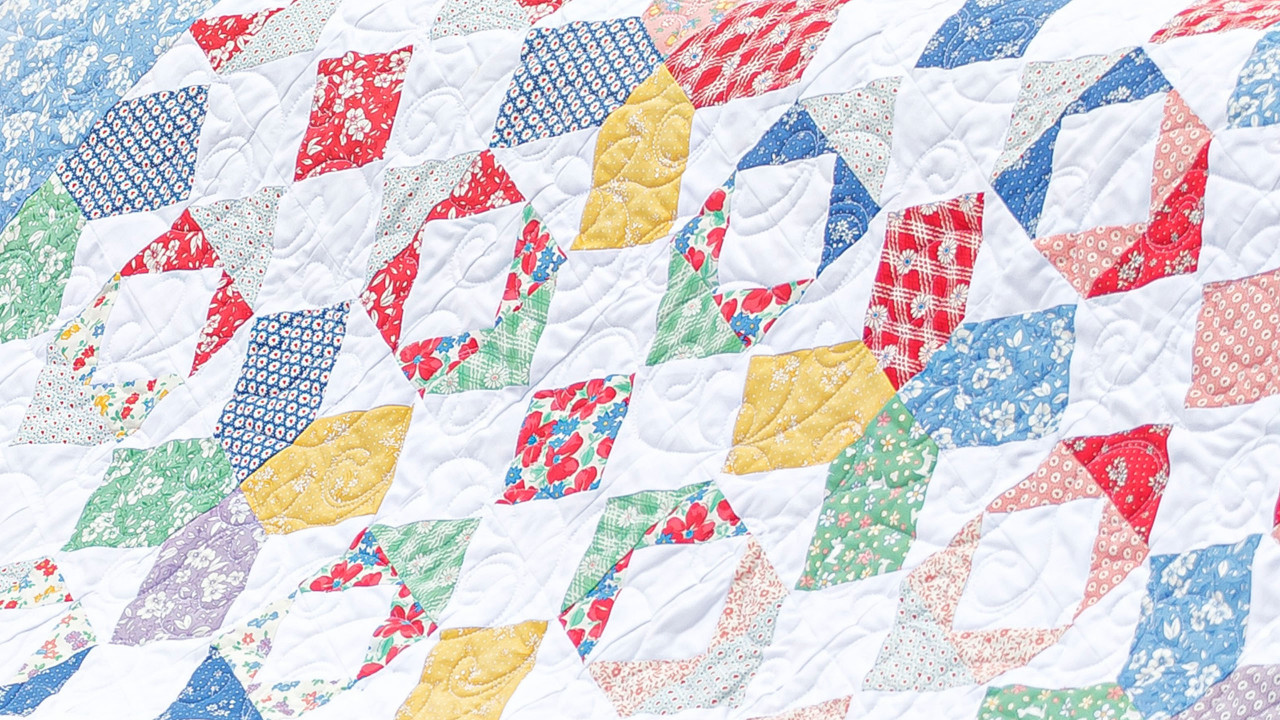