with
Jenny Doan
Quilt Size: 67" x 76"
Jenny demonstrates how to make a beautiful Pop Stars quilt using 10 inch squares of precut fabric (layer cakes). For this project Jenny chose "A Little Bit of Sparkle" 10" Stackers by Zoe Pearn for Riley Blake Designs. This pretty star quilt comes together quickly, and as you trim your blocks, the scrap pieces can be used to make a beautiful triangle border!
Print Supplies List
Supplies list 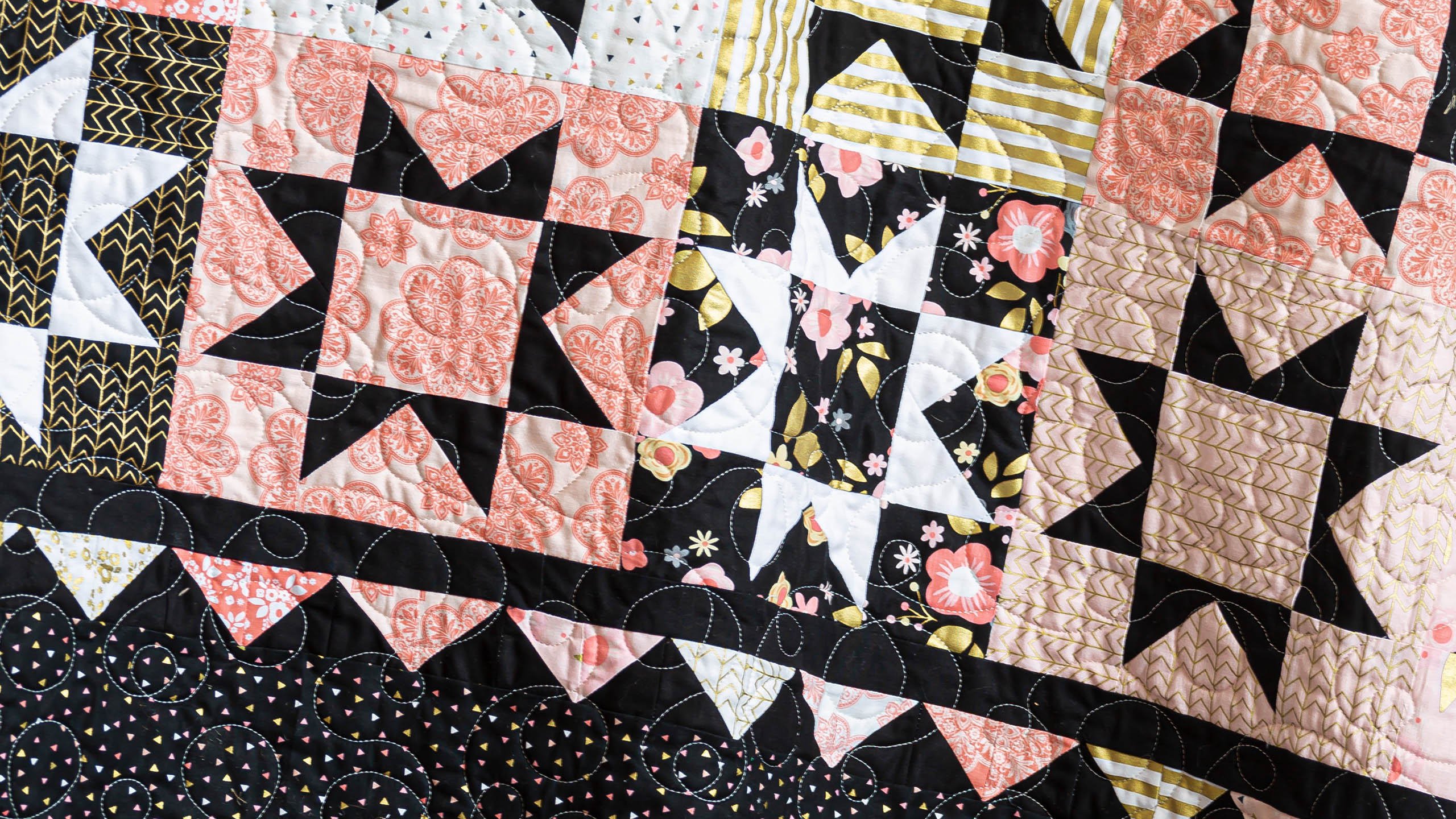