with
Jenny Doan
Quilt Size: 60" x 75"
Jenny Doan demonstrates how to make the Snowball Star quilt pattern with a jelly roll (2.5" strips) precut. For this project, Jenny chose "Ombre Snowflake Metallic Double Scoops" by Makower UK. This quilt block is easy to make and has so many possibilities depending on what your jelly roll looks like!
Print Supplies List
Supplies list 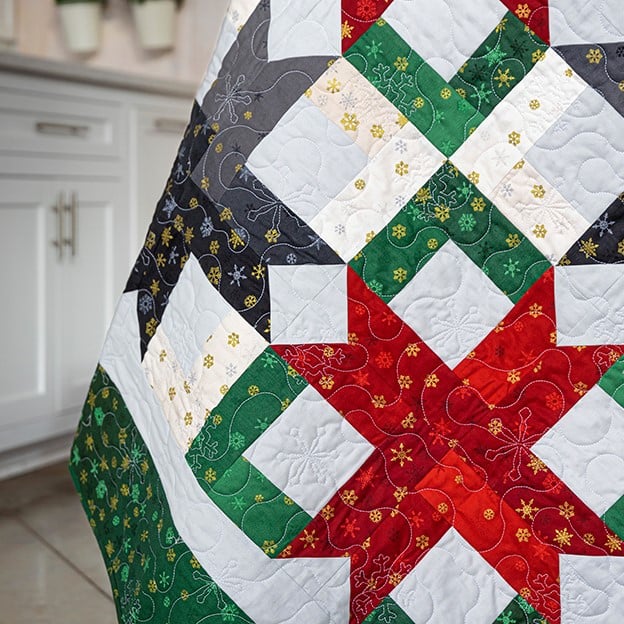