with
Jenny Doan
Quilt Size: 75" x 75"
Jenny demonstrates how to make a stunning Starstruck quilt using The Binding Tool by TQM Products. This quilt pattern uses 2.5 inch strips of precut fabric (jelly roll). For this tutorial, Jenny chose Edyta Sitar's "Perfect Union" 2.5" Strips by Laundry Basket Quilts for Andover Fabrics. Keep an eye out for a Christmas version of this quilt at the end of the video! It was made using a "Homegrown Holidays" Jelly Roll by Deb Strain for Moda Fabrics.
Print Supplies List
Supplies list 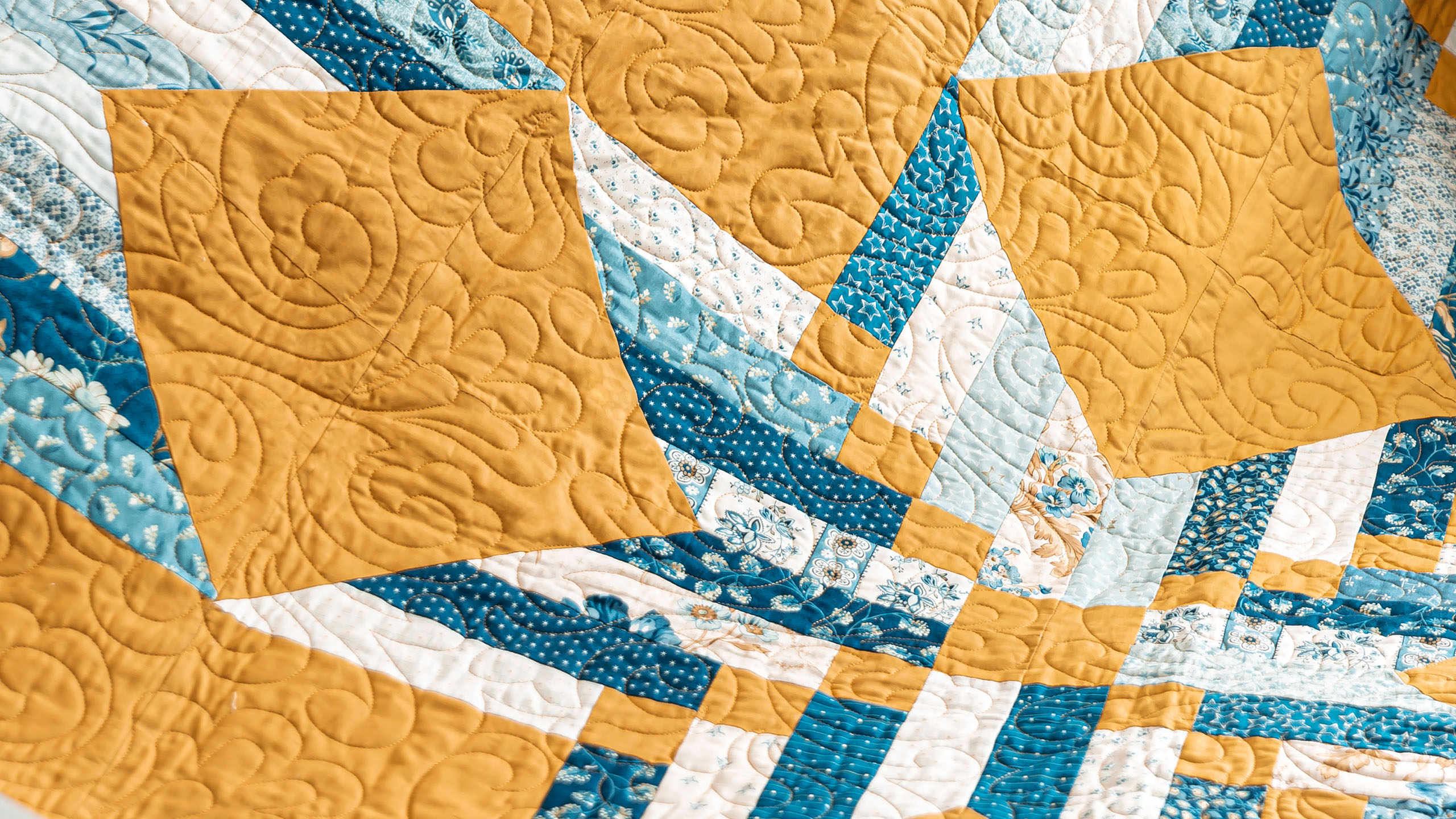