with
Jenny Doan
Quilt Size: 71" x 85"
Jenny Doan demonstrates how to make a lovely flower quilt using 10 inch squares of precut fabric (layer cakes) and the Missouri Star Mini Orange Peel Template for 2.5" Squares. For this quick and easy project, Jenny chose A Blooming Bunch by Maureen McCormick for Moda Fabrics. Yes, you read that right! This gorgeous collection was designed by the actress who played Marcia Brady on the Brady Bunch. Maureen is a talented quilter with a real flair for design! This applique quilt is made easy with Heat n Bond fusible adhesive. Learn how to make big half square triangles in a flash and square them up with the Perfectly Slotted Trimmer or a regular square ruler.
Print Supplies List
Supplies list 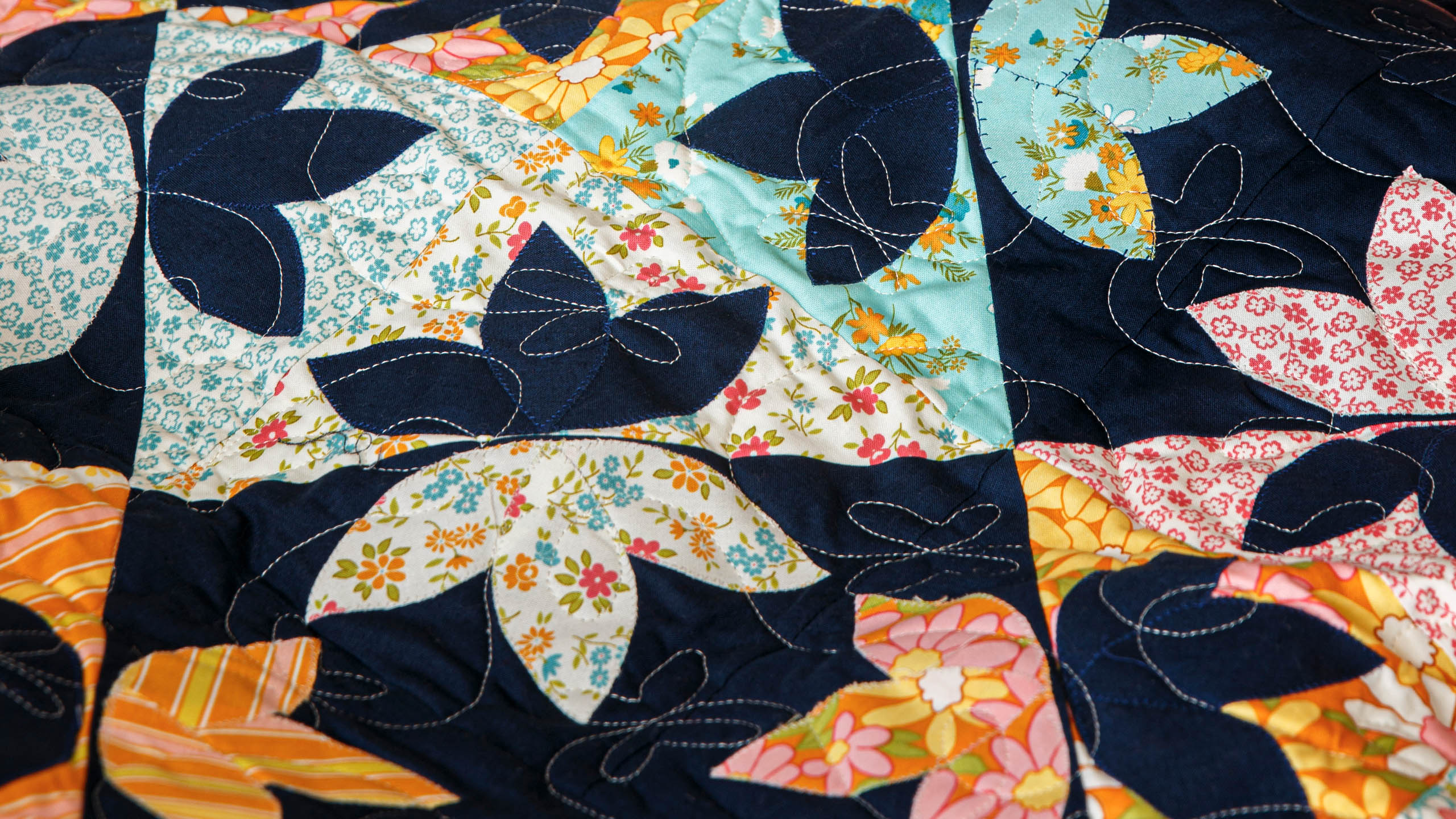