On cold winter nights, the sky is an icy blanket of twinkling stars. The truth is … I rarely take notice. It’s just too cold for stargazing!

But if you are willing to bundle up and brave the winter chill, you will be treated to a glittering show far brighter than any summertime stars.

This week Jenny is whipping up a Winter Star quilt in icy shades of blue and white. This quick and easy layer cake pattern is perfect as a lap quilt or winter wall hanging. 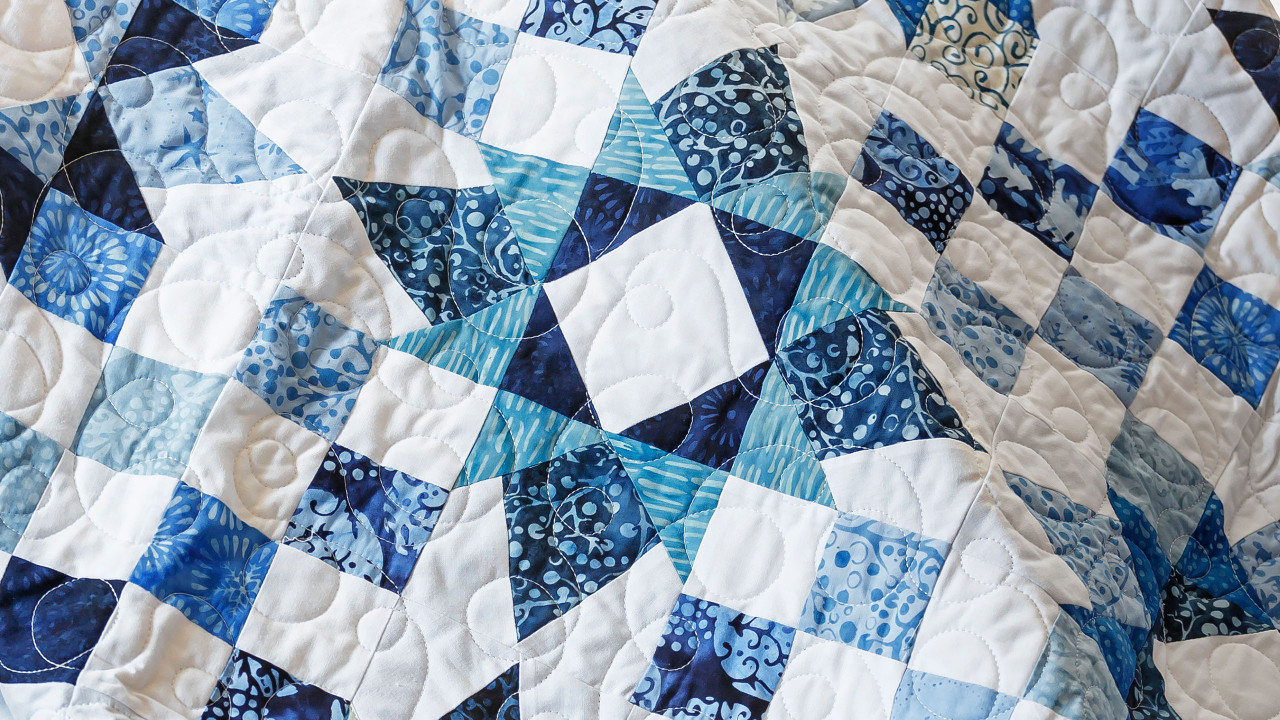