with
Jenny Doan
Quilt Size: 75" x 84"
Jenny Doan demonstrates an easy method to set any block "on point." In this video, she uses a 9-patch made with 2 .5 inch strips of precut fabric (jelly rolls). She uses Gingham Girls Rolie Polie by Amy Smart for Penny Rose Designs. Learn how to make little 9-patches quickly using strip sets and how to square up your blocks in this free quilting tutorial.
Print Supplies List
Supplies list 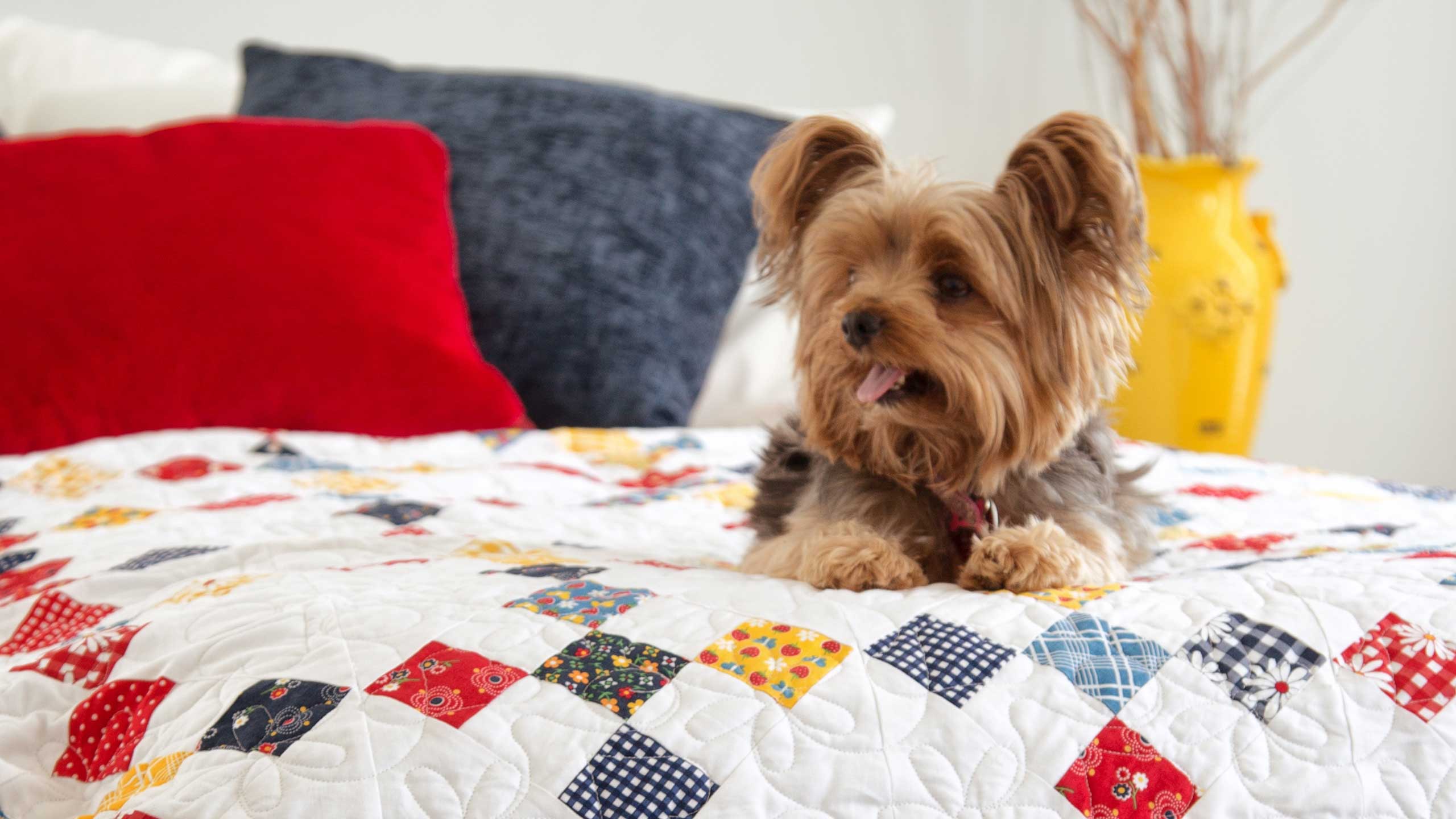