with
Jenny Doan
Quilt Size: 69 " x 69"
Jenny demonstrates how to use 10 inch squares of precut fabric to make a quick and easy version of an old antique block called English Wedding Ring. For this quilt, Jenny used a "Holly Woods" Layer Cake by 3 Sisters for Moda Fabrics. Learn the "easy eight" method of making half square triangles quickly and how to square your blocks with the Clearly Perfect Slotted Trimmer by Kari Carr for New Leaf Stitches.
Print Supplies List
Supplies list 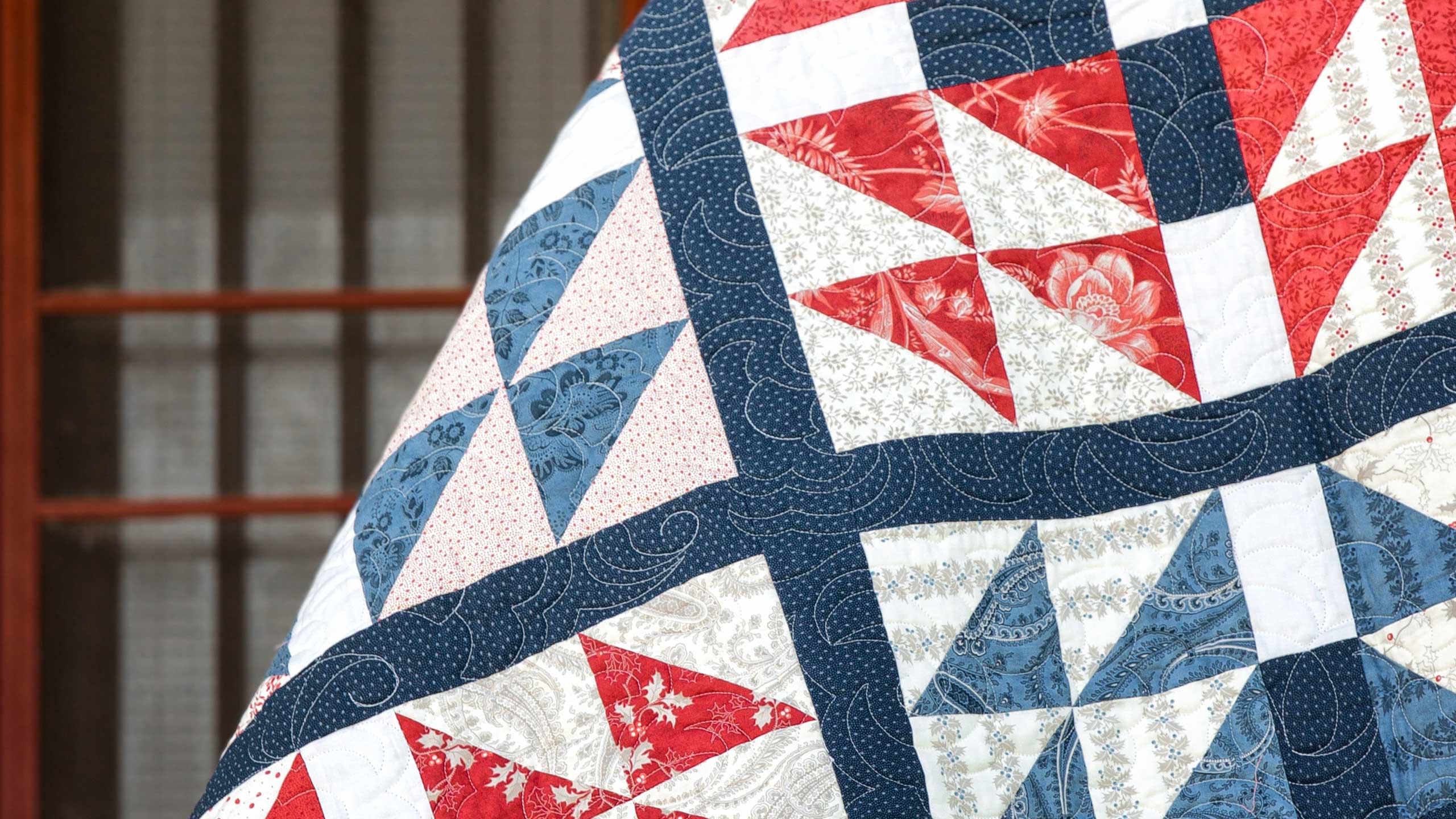