with
Jenny Doan
Time: 71" x 79"
Jenny demonstrates how to make a beautiful star quilt out of half square triangles. To make this quick and easy quilt pattern, you will need 10 inch squares of precut fabric (layer cakes). Jenny used "Octopus Garden" Digitally Printed Ten Squares by Amy Schimler-Safford for Robert Kaufman. Learn how to make half square triangles quickly using the easy 8 method. Jenny squares up her blocks with the Clearly Perfect Slotted Trimmers by Kari Carr for New Leaf Stitches. Learn how to finish your quilt with sashing and an adorable saw tooth border in this free quilting tutorial.
Print Supplies List
Supplies list 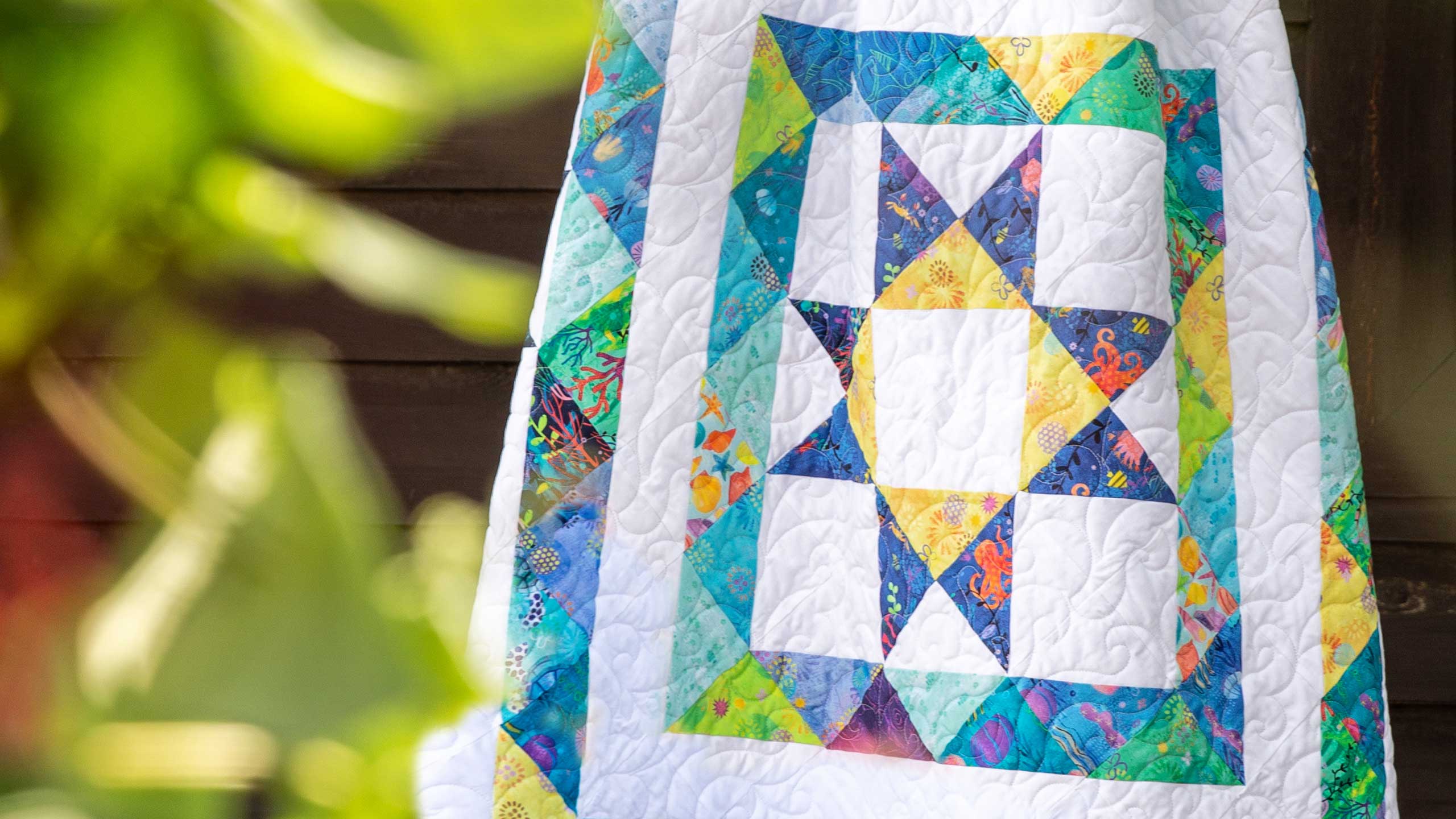