with
Jenny Doan
Quilt Size: 77" x 89"
Time: 7 Minutes
Jenny demonstrates how to make a quick and easy solid quilt using 10 inch squares of precut fabric (layer cakes). For this project, she used Designer Solids Tula Pink 10" Squares by Tula Pink for FreeSpirit Fabrics. This pattern is so simple and modern with basic squares and rectangles framed in sashing with cornerstones. It looks beautiful in a rainbow of bright and bold solid quilting fabrics, but this pattern would also be a great choice for showcasing favorite prints.
Print Supplies List
Supplies list 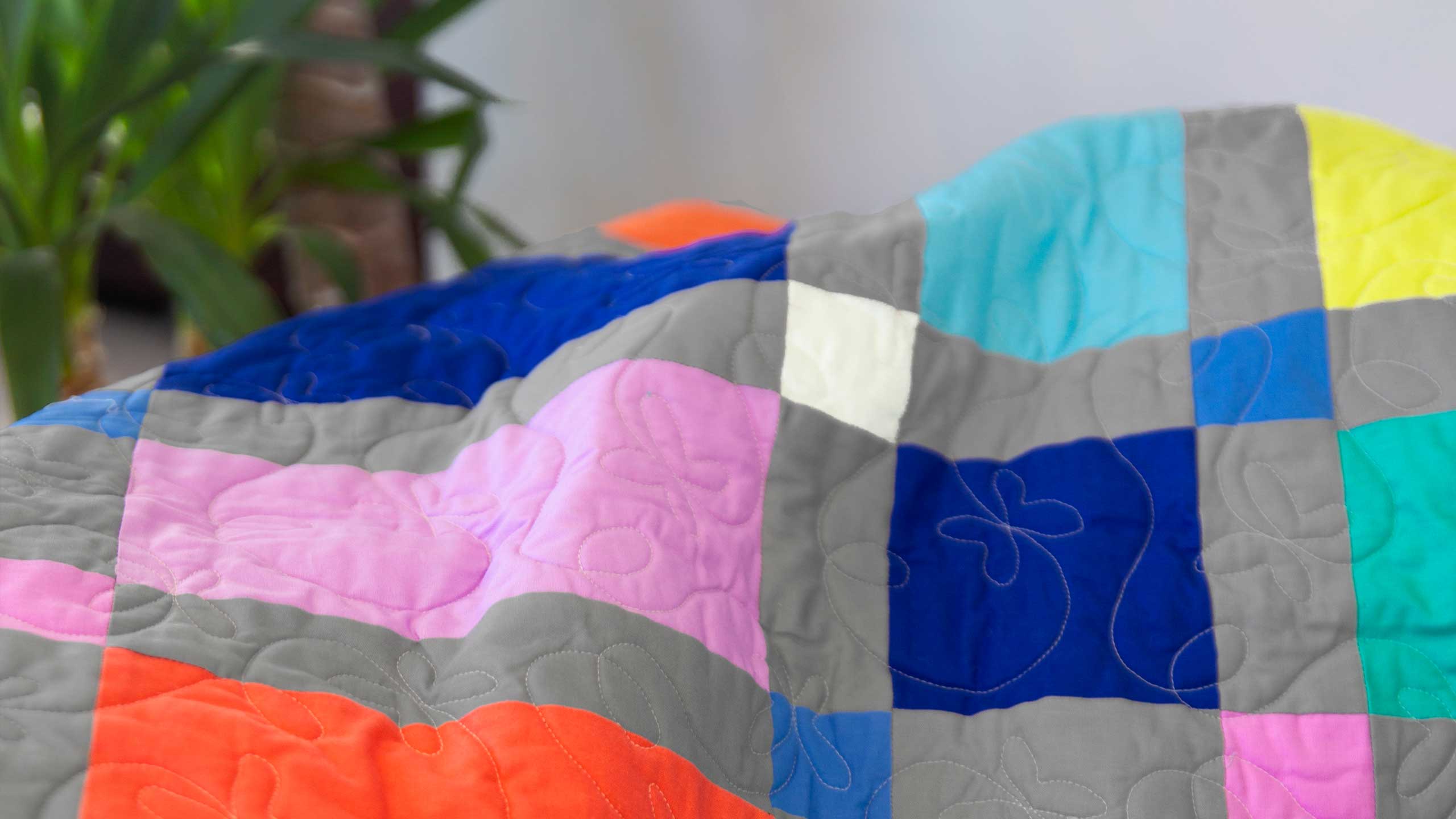