Out of Time Quilt Tutorial

Out of Time Quilt Tutorial

with
Jenny Doan
Quilt Size: 86" x 86"
Jenny Doan demonstrates how to make a quick and easy hourglass quilt using 10 inch squares of precut fabric (layer cakes) in this free quilting tutorial. For this easy sewing project, Jenny used a pack of Wit & Wisdom 10" Squares by Kim Diehl for Henry Glass. This quilt pattern starts out with simple hourglass blocks, but when Jenny snowballs the corners of each block, magic happens! And when all those dog eared blocks are stitched together, a whole new set of mini hourglasses appears.
Print Supplies List
Supplies list 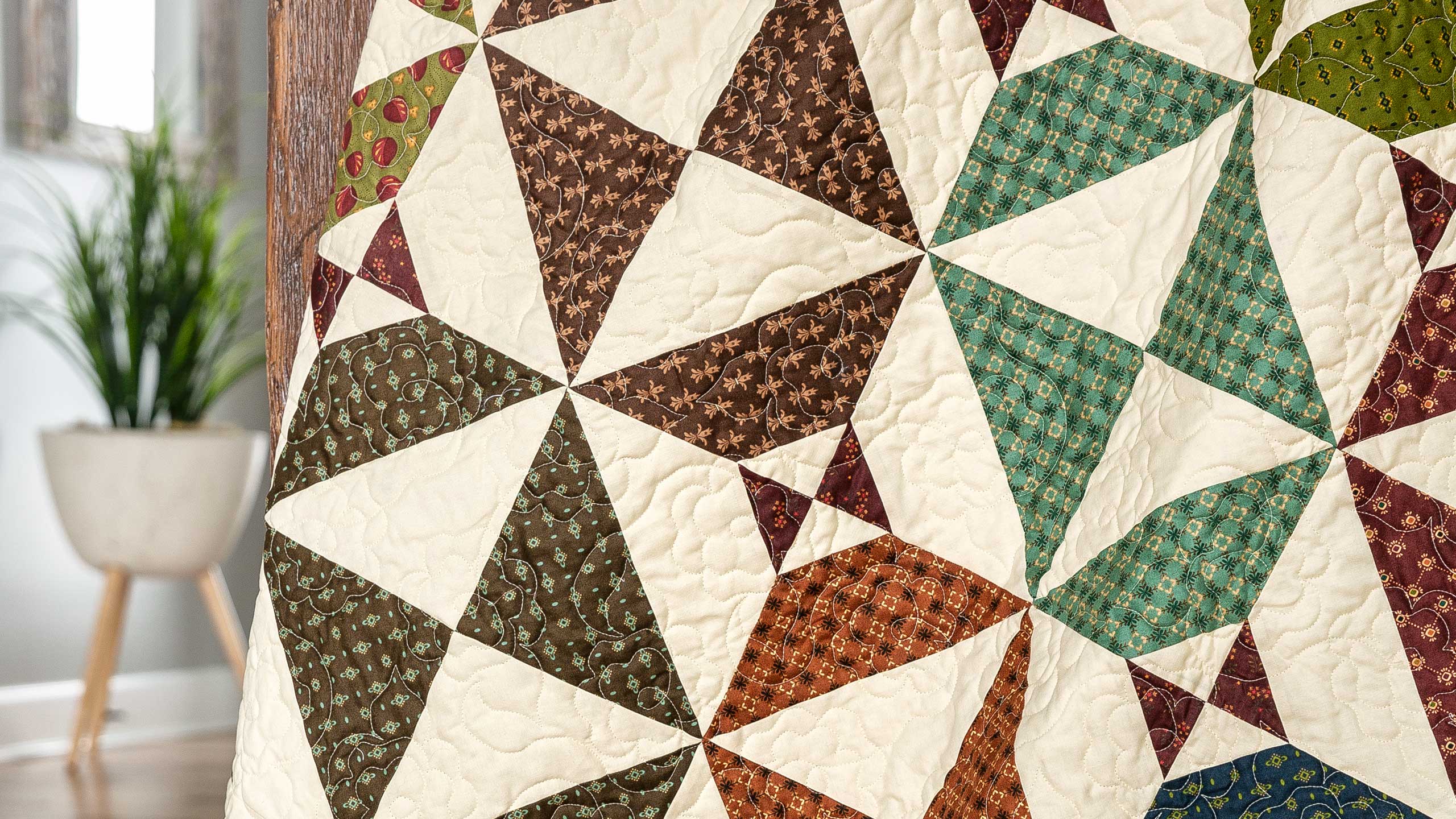