with
Jenny Doan
Quilt Size: 72" x 81½"
Jenny demonstrates how to make a beautiful applique map quilt of some of her favorite states. This quilt is made with one solid pack and one print pack of 10-inch squares of precut fabric (layer cakes). For this project, Jenny chose Murmur 10" Squares by Valori Wells for FreeSpirit Fabrics.
Print Supplies List
Supplies list 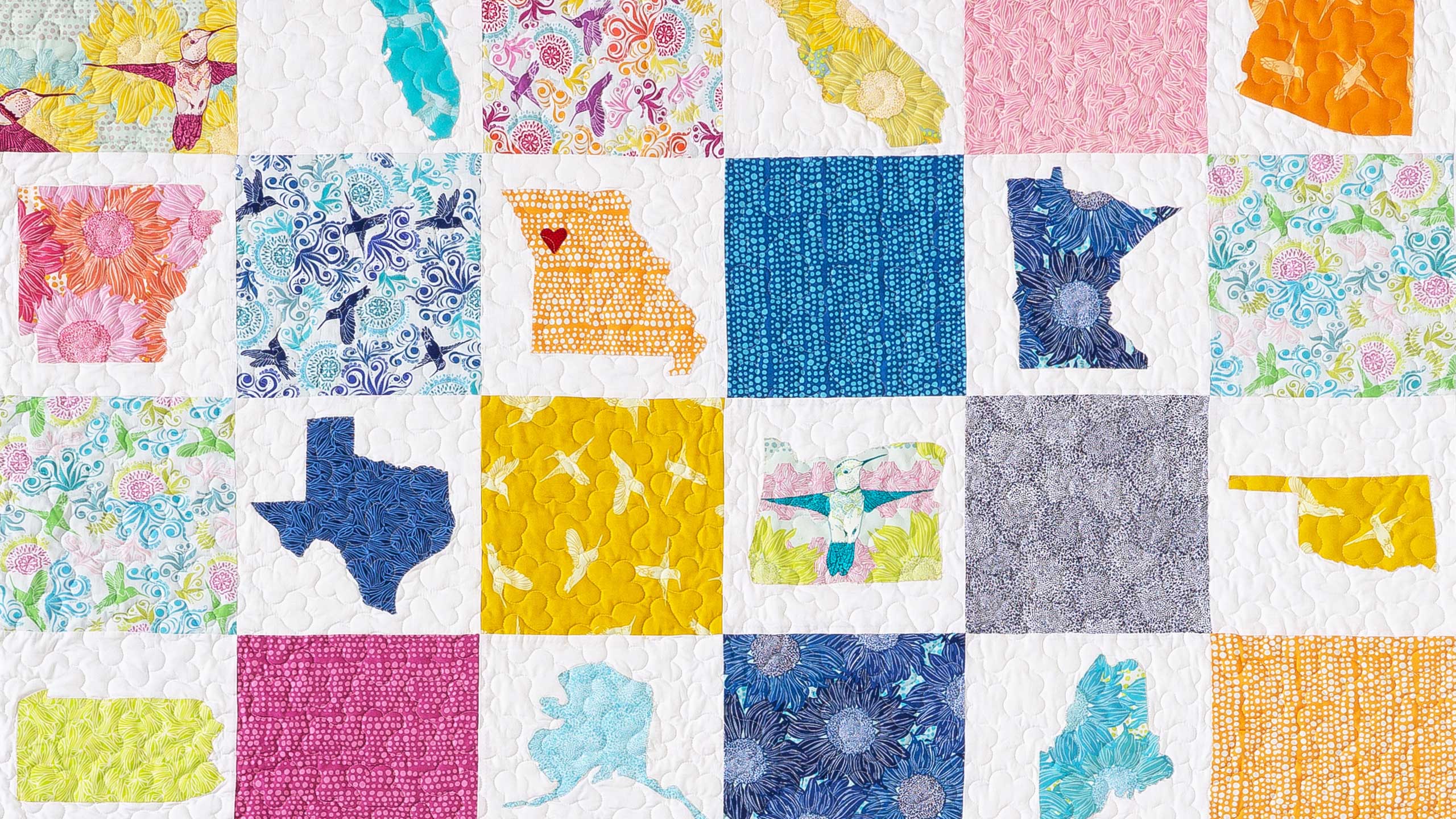