with
Jenny Doan
Quilt Size: 61" X 87"
Jenny Doan demonstrates how to make a pretty strip quilt using 2.5 inch strips of precut fabric (jelly rolls) and a bit of yardage. Jenny used "X's and O's Rainforest Strips" by Deborah Edwards for Northcott. This quilt is made with easy strip sets and a handful of simple blocks: nine patch, square in a square, and wonky star. This is a great project for orphan blocks (leftover blocks from other projects), and is just so much fun to make!
Print Supplies List
Supplies list 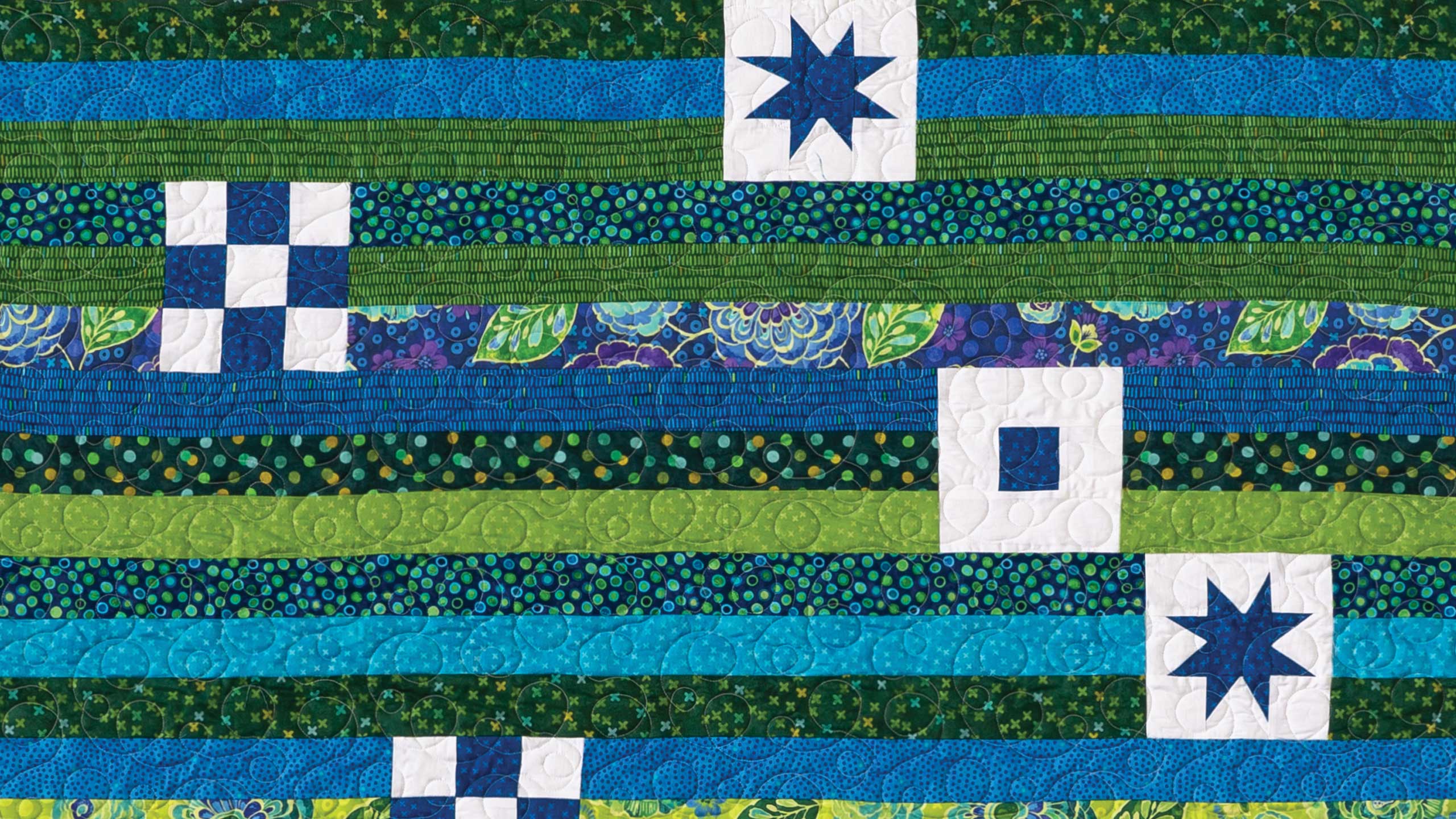