with
Jenny Doan
Quilt Size: 55½ " x 60"
Jenny demonstrates how to make a cool modern quilt using 10 inch squares of precut fabric (layer cakes). Learn how to make half rectangle triangles and use them to create a long chevron block. Add a bit of pizzaz with a few blocks of crumb quilting. This quilt is featured in the latest issue of Modblock Magazine.
Print Supplies List
Supplies list 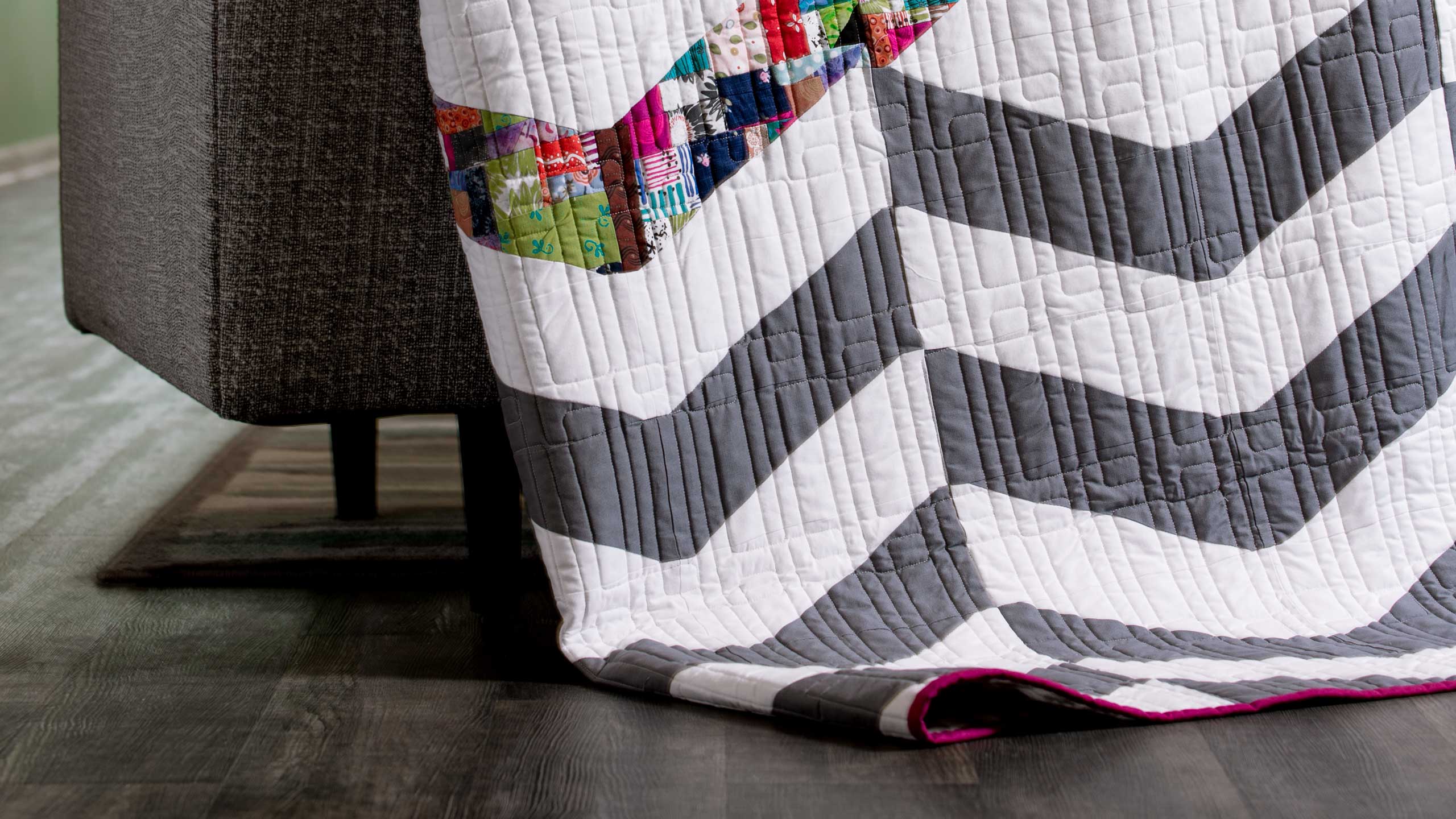