with
Jenny Doan
Quilt Size: 67" x 80"
Jenny Doan demonstrates how to make a gorgeous Framed Pinwheel quilt using 10 inch squares of precut fabric (layer cakes) and 5 inch squares of precut fabric (charms). For this project, Jenny chose Dreaming of Tuscany 10" Squares by Michael Miller Fabrics for Michael Miller. Believe it or not, this block is a disappearing nine patch, and it comes together easy-as-pie with half square triangles! This particular layout was designed by V and Co, and it's an absolute dream!
Print Supplies List
Supplies list 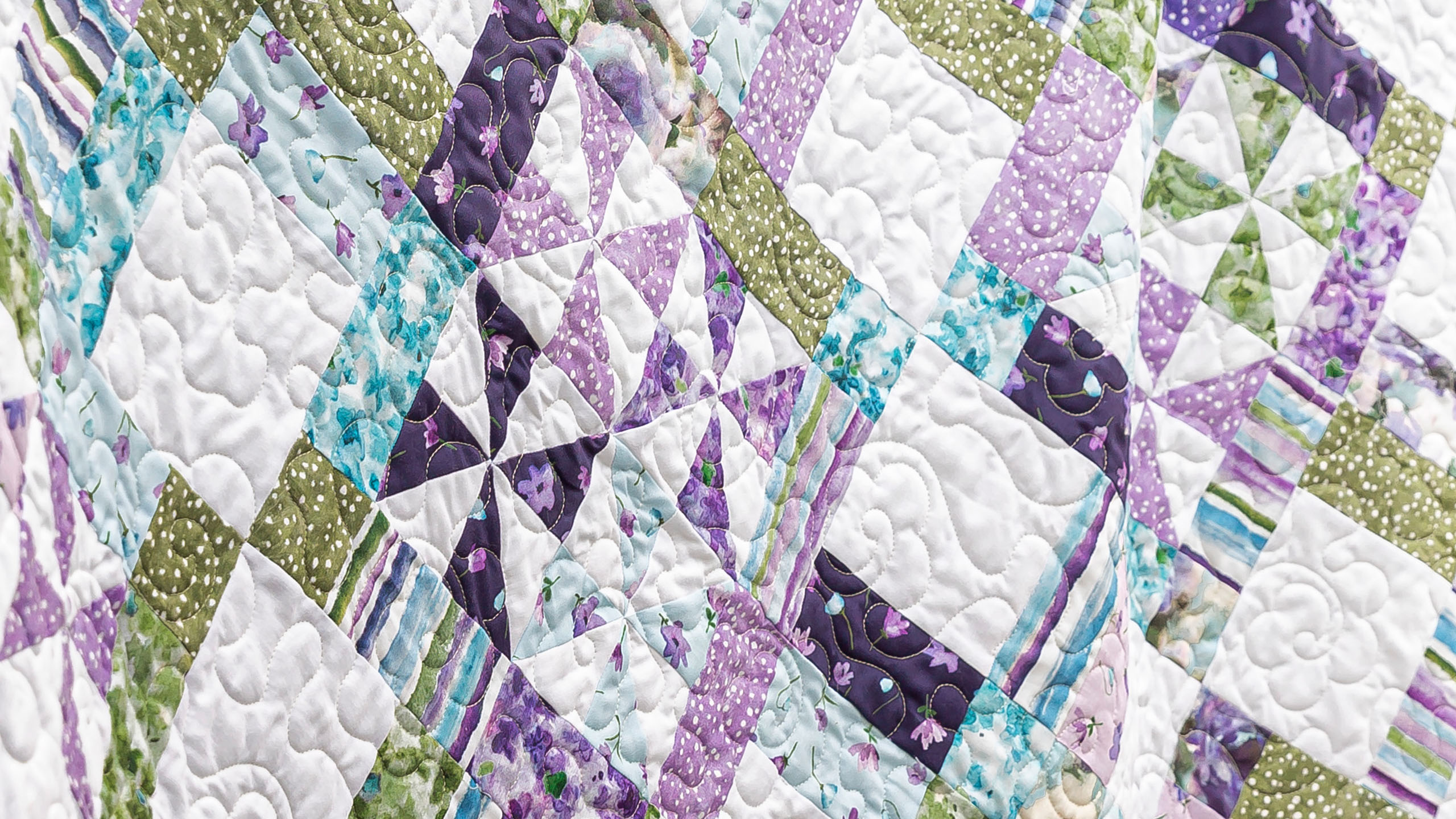