with
Jenny Doan
Quilt Size: 77" x 93"
Jenny Doan demonstrates how to make a merry wreath quilt using 10 inch squares of precut fabric. For this project, Jenny chose "Rainbow of Jewels" 10" Squares by Jason Yenter for In the Beginning Fabrics, but it sure would be cute as a Christmas quilt in holiday colors! This quick and easy layer cake quilt pattern is absolutely stunning, and it's as easy as hourglass blocks! Watch Jenny whip up half square triangles eight at a time with the easy eight" method. She squares up each block in a jiffy with the Clearly Perfect Slotted Trimmer, and the whole quilt comes out darn near perfect!
Print Supplies List
Supplies list 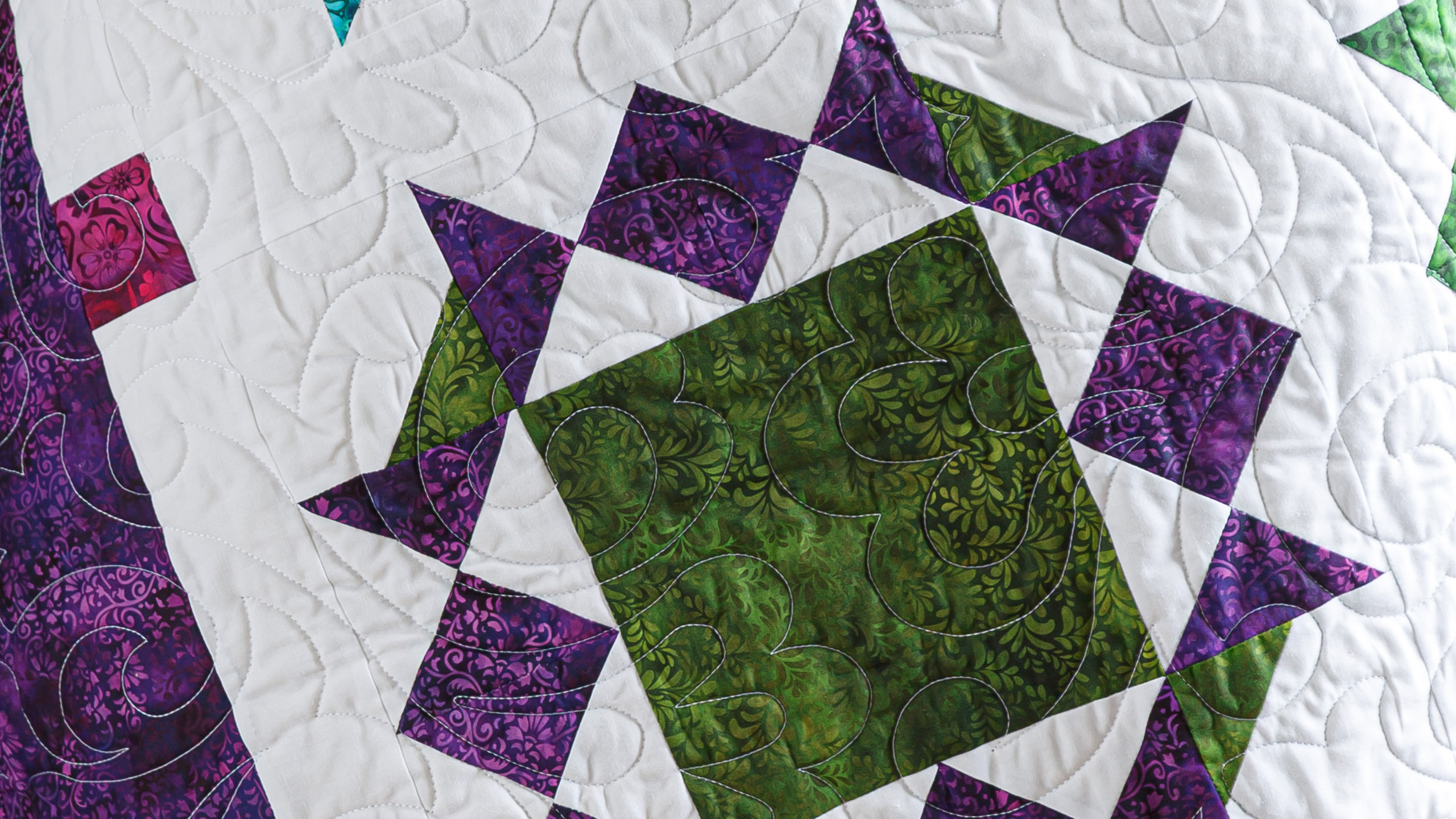